How can we help you today?

What is a GPX File? Print

What is a GPX file?

A GPX file is a computer file used to store geographical information such as waypoints, routes and tracks. It is the file standard that OMN uses to save your personal information.

GPX is an open format

GPX is an open format, which means that the standard is not owned or controlled by one company.

When Anquet launched in 2001, the GPX standard already existed, but at that time there was no dominant format and so software companies building systems all implemented their own file formats.

However, roll the clock forward to today, and GPX is now certainly the dominant file format for GPS information and all major mapping software systems can import and export the GPX file format.

Why is an open format important?

If your GPS data is in a proprietary standard, you are locked to the software that created it, and can’t share you route data etc.

With GPX, you can save a route you have drawn in OMN, and email it to a friend who for reasons we obviously don’t understand uses a different brand of mapping software. Your friend will be able to open and use your information. This is possible because both software’s have implemented the GPX standard.

Likewise, most major GPS brands now use the GPX file standard, which means you can just copy a GPX file from your GPS, and open it inside OMN to view the tracklog of where you have walked.

So what is inside a GPX file?

The basic building block of GPX files are waypoints.

If you were adding say campsites to a map, each campsite would be an individual waypoint saved inside this list. Although the waypoints are in an order in the list, they are drawn to the map as independent waypoints. 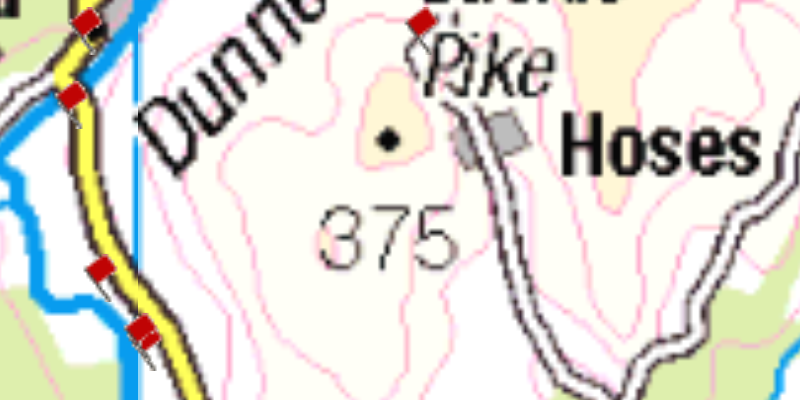 In the above image, the red flags are waypoints that have been added to the map.

Each route is an ordered list of waypoints. These are normally created by users, planning where they wish to travel. It is customary for mapping software to draw the waypoints on the map, and then also to connect up the locations with lines like a dot-to-dot children’s book. As the list of waypoints is ordered, each route has a start and an end. Reversing a route simply reverses the order of waypoints within a route. 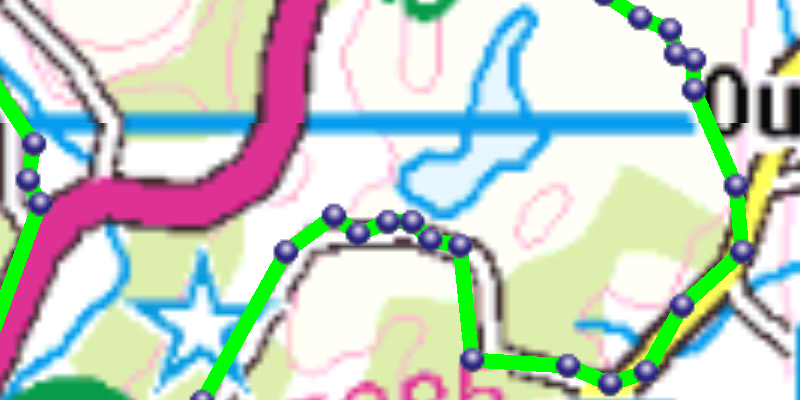 In the above image, each purple ball is a waypoint that has been plotted, with the green line joining them up in the order they were plotted.

Conceptually a track is very similar to a route, and it therefore an ordered list of waypoints. There are technical differences between routes and tracks, but to keep this explanation reasonably simple they are being ignored.

In use, a user will say plot a route on the map, which might be created with say 50 waypoints. The next day he walks the route over two hours, with his GPS set to record a track which records a trackpoint every 1 minute, and he ends up with a track which contains 120 trackpoints. Each trackpoint is in fact just a waypoint, but will also most likely have a timestamp, meaning statistics such as speed can easily be calculated.

Tracks are customarily drawn by mapping software without any icons on the waypoints, and therefore just connecting up the waypoint locations into a line which represents where the person walked. 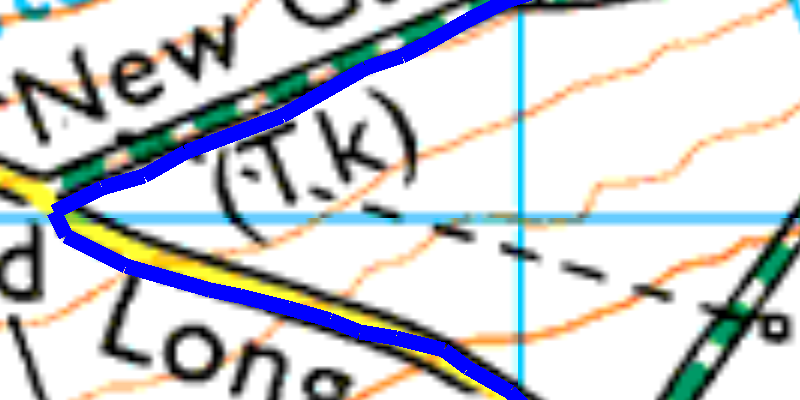 In the above image, the blue line is made up of many points that were recorded on a GPS unit.
Further Reading:
The Anatomy of a GPX File

Did you find it helpful? Yes No

Send feedback
Sorry we couldn't be helpful. Help us improve this article with your feedback.